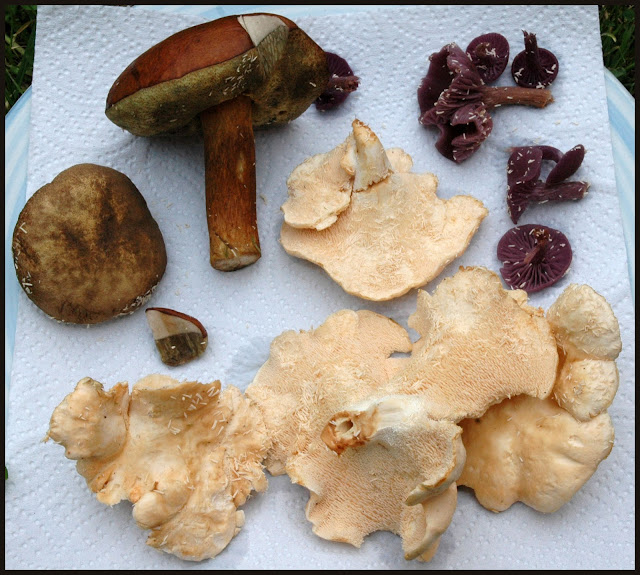 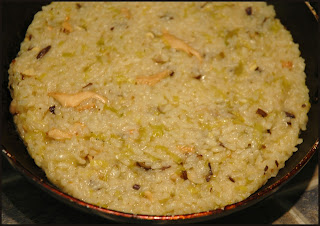 It really has felt more like summer recently than heading into autumn, which has helped in the transition to the colder, darker times ahead. The other thing that has helped is the wealth of wild food available; particularly mushrooms.  Phil has always had an interest in foraging but this was buoyed recently with the discovery of the book 'Fungi Forays' in a charity shop.  The clear and precise details of edible mushrooms within has led to even my wavering confidence being boosted that we weren't going to kill ourselves or wander off into some wild trip of the unplanned kind.  We were just after culinary delights rather than hallucinogenic flights.

Previously we have stuck to field mushrooms, shaggy ink caps and the odd giant puffball when we could find them.  Our recent finds however have opened up a whole new world of weird and wonderful mushrooms. Yes, we admit we've been eating hedgehogs!  Before the vegan police issue a warrant we'd like to point out that the hedgehogs concerned are the big white mushrooms in the top photo; so called because they have 'spines' instead of gills underneath.  In fact in the photo these soft 'spines' have broken off a little and scattered themselves over the others; bay bolete top left and the rather appropriately named amethyst deceiver on the top right.  From this particular mushroom stash Phil cooked a rather lovely mushroom risotto which definitely went a huge distance in demonstrating the fact that wild mushrooms are more flavoursome than shop bought ones by a long way. 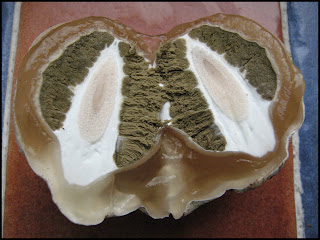 This last weekend saw us out foraging again.  This time our findings were less varied but more numerous in the form of yellow russulas (photo at the bottom).  We enjoyed a very tasty and continental Sunday brunch of these gently fried atop a baguette whilst in Miles the camper.  Whilst we ate we surveyed with amusement a surprising amount of characters searching for their own edible but more magical mystical fungi varietal!  'Never judge a mushroom or a mushroom hunter by its cover' is what we say!

The mushroom (we think it is some sort of earth ball) in the photo to the right isn't an edible one but then that was pretty obvious anyway especially after cutting it in two and seeing the horrible oozing jelly and spores! We've never seen a mushroom like this before so if anyone has any ideas then we'd be interested to know what it is.  We are still very much in the learning process.

In the meantime, when it comes to mushrooms; be adventurous but be careful and sure about what you are picking and eating.  Happy mushroom hunting (whichever sort you are after!). 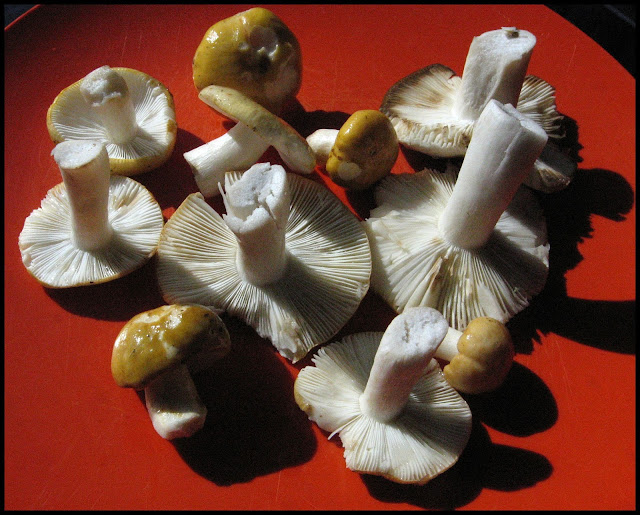