Yesterday I had a little reminder of a couple of the many good things about living in Cornwall.  I took my parents down for a little trip to St Ives.  The weather was typically Cornish; windy and rainy, and the shops were full of the usual tat to lure in the festive season holiday makers, but when we turned out of the high street and around the corner to the suddenly sun drenched harbour we were greeted by the most beautiful double rainbow bold against the practically black sky.  Everybody just stopped and amid the oohs and ahhs and the sound of cameras clicking, I knew that this moment would be remembered and taken home as a souvenir more than any trinket the holiday makers had bought today.  It just goes to show that the blackest of situations can still produce the most beautiful moments.  Shame I had forgotten my camera but then again sometimes these things are better captured in the mind anyway.
As we hastily retreated back to the car to dodge the next downpour another little rainbow caught my eye; Pengenna Pasties.  It is a legal requirement in Cornwall to carry a pasty with you at all times in case of emergencies and as we were potentially facing another flood threatening downpour I felt it necessary to stock up.  To the uninitiated, Pengenna make 'propur' pasties. None of this plastic wrapped, tiny, limp filled, soggy rubbish that pretend to be pasties.  These are the real deal and built like they were in days long gone, to sustain a fall down a mine shaft and to sustain you through a day of wave hunting or emmet dodging.
You can't get a proper Cornish pasty outside of Cornwall.  Fact.  Don't be lured in by those fake pasty shops in London or the shining plastic wrapped varieties available in motorway service stations.  Even in Cornwall you have to hunt down the real deal and we can vouch for Pengenna Pasties.  To top it all, they mark up their pasties as suitable for vegans.  So if you find yourself in St Ives, Tintagel or Bude check them out.
Fear not though as if you really feel the urge to try a 'propur' pasty and can't make the voyage down to these parts, Pengenna even offer pasties by post (although judging by the size and weight of them, I'm not sure the postage will be cheap!).
www.pengennapasties.co.uk 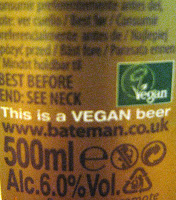 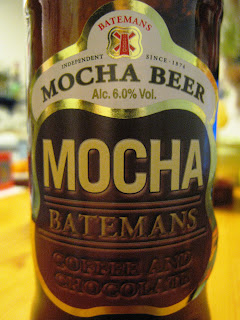 Thank you, thank you, thank you Batemans.  Not only do you make vegan beer, you clearly mark your bottles up with the vegan logo and now you come out with this amazing creation.  We love you!  This is now officially our favourite beer.  Shame they only had one left at the supermarket.  I guess the secret may already be out there then!  If we can find it again we will definitely be stocking up and getting into the Christmas spirit!     Check out the rest of their range (bottled range only  is certified vegan). www.bateman.co.uk
Posted by Scooby Gill at 10:11 pm 2 comments:

It's Going to be a Chili Christmas

What do you do when you don't want to dig up a lovely Christmas tree, don't want to buy into the whole plastic tree thing and don't have any room for anything big anyway?  Well I could be 'bah humbug' about it and not do anything but I got caught by a whiff of Christmas feeling over the weekend and decided to get into the spirit of things and be creative.

Here is my solution.  Take one pine cone,  some rosemary from the garden, a bit of wire and some drying chilies and there you have it - one miniature Christmas tree/chili drying rack with a slight hint of 'bah humbug'.  Need to find some star anise for the top. 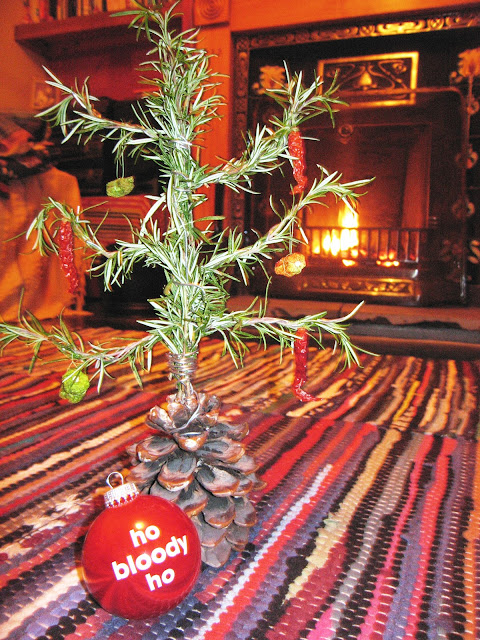 Posted by Scooby Gill at 9:08 pm No comments:

A Letter to Cook Vegetarian Magazine

A great magazine but I had noticed recently that many of the recipes contained cheese and eggs and felt, given the comments they made in their last issue in regards to dairy free and veganism in general, it wouldn't do any harm to request they redress the balance!

In The Veggie Awards in your January issue you stated that dairy-free is currently the fastest growing sector of the food market.  You also mentioned that food producers are beginning to understand that by making their products free of animal products they're not actually losing anything but rather gaining a whole host of new customers.

So come on Cook Veg, how about keeping up with the times yourselves and moving away from the seemingly over reliance on cheese and eggs in your recipes?  If anything, since I first subscribed, the proportion of recipes containing eggs and cheese seems to have increased (along by the way with inaccuracies in the labelling of some vegan recipes!).  Prove to your vegan readers that veganism finally is 'very much part of the mainstream' by upping the ante on vegan recipes at the same time as further broadening the repertoire of our fellow vegetarians.

Watch this space! - PLEASE SEE COMMENT BELOW FOR RESPONSE ON 10TH DEC 2012.

PLEASE ALSO SEE WHAT HAPPENED WITH THE 'VEGAN' GUIDE THEY PRODUCED AT
http://driftwoodvegans.blogspot.co.uk/2013/02/another-letter-to-cook-vegetarian.html

Ironing Out the Irony

Veggies and vegans are commonly labelled as pale, pasty and scrawny.  As in all walks of life, there are those that fit that label but Phil and I certainly don't (I wouldn't mind the scrawny bit though).  In fact I know more 'voluptous' vegans than scrawny ones.

There is also the misconception that vegans have to pay particular attention to their nutritional needs.  Whilst it is certainly true that most vegans seem to be more naturally aware of the importance of a healthy diet, it is not because a vegan diet lacks nutritional content.  In fact, it is quite the opposite and those that follow a non-vegan diet (and the ones that ask this more frequently) should often be the ones asking the same question of themselves.

Take iron as an example; the classic meat eaters excuse to keep eating meat.  Vegan sources of iron include tofu, beans, pulses, spinach, whole grains, dried apricots, prunes, dates, millet, molasses and pumpkin seeds.  Luckily I like all these foods.  It is also fortunate for vegans that vitamin C helps the absorption of iron too as by nature vegans get a lot of that too!

I've been vegan for over 25 years and donate blood regularly.  I was even recently asked to donate again before my normal call up due to low stocks in my blood group.  Only once have my iron levels been low.  The rest of the time they have been more than enough; hardly the result vegan naysayers would report of someone who has lived as a three headed, grass eating vegan for so many years!

So if you are veggie or vegan, don't be afraid to give blood if you want to.  If you have a good rounded diet, there is no reason that your blood is less viable than anyone else.

Incidently, I have heard of some vegans (on-line) who for ethical reasons don't want to give blood.  If anyone has an opinion on this I would be interested to hear it as, until recently that is a new one on me so I would like to learn more about that.
Posted by Scooby Gill at 9:04 pm No comments: