Well it's Halloween and tonight no doubt the door will be knocking to the tune of kids on a sweet hunting rampage. These days I have taken to hiding away with the curtains pulled, much in the same way that I hide from most over commercialised excuses of celebration.
A few years ago I did offer apples to kids who came knocking, to the visible disappointment of said kids that I was not filling their baskets with chemically loaded sugary offerings instead. I think this says a lot about how the true meaning of seasonal celebrations has been pretty much forgotten. An apple, although no longer a tempting and appreciated gift to the modern day kid, could not be more appropriate on Halloween.

Allantide (or Nos Calan Gwaf  in Cornish) is a Cornish festival that was traditionally celebrated on 31st October, in other words the present day Halloween. It has pre-Christian/Pagan roots linked to the Celtic harvest festival and possibly also to St Allen (Arlan), a little-known mysterious Cornish Saint (I can't see to find much out about him though).  The festival basically drew a line between the autumn and winter.
Like many Celtic traditions, this part of the year was seen as hugely important. On the eve of the first day of Winter, Allantide celebrated the good harvest that would see them through to the Spring. As part of the celebrations, large highly polished apples (known as Allan Apples) were given as gifts to each member of the family as a token of good luck and hopefully to keep the bad winter spirits away. Young maidens would take their apples and put them under their pillows, much in the same way that kids do so with their lost teeth, and make a wish about who they would like to marry one day. 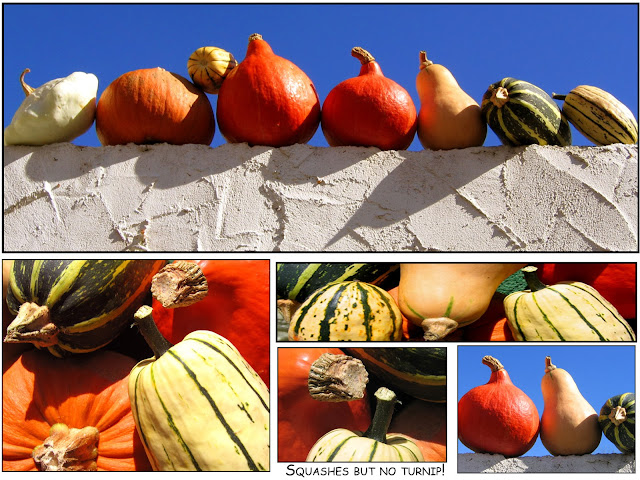 Traditional Cornish 'Jack-o'-Lanterns' were made from turnips, with the now well know pumpkins or squashes being more of an American addition to the modern day Halloween celebrations.

Although Halloween has certainly been hijacked by the scary movie and trick or treating gang,  I on the other hand prefer to keep it a bit more traditional.

Tonight I celebrate our good harvest in the garden by making use of our stocks of squash and chard and cooking a lasagne, topped with the last of our tomatoes.  Luckily our harvest continues and the proper Cornish winter doesn't normally tend to kick off till January so on the Allantide, I am indeed hoping that the bad winter spirits will stay away until at least then!

I shall be keeping our apples to ourselves though.....seeing as the kids no longer appreciate them!