I Love the Smell of Fresh Herbs in the Morning 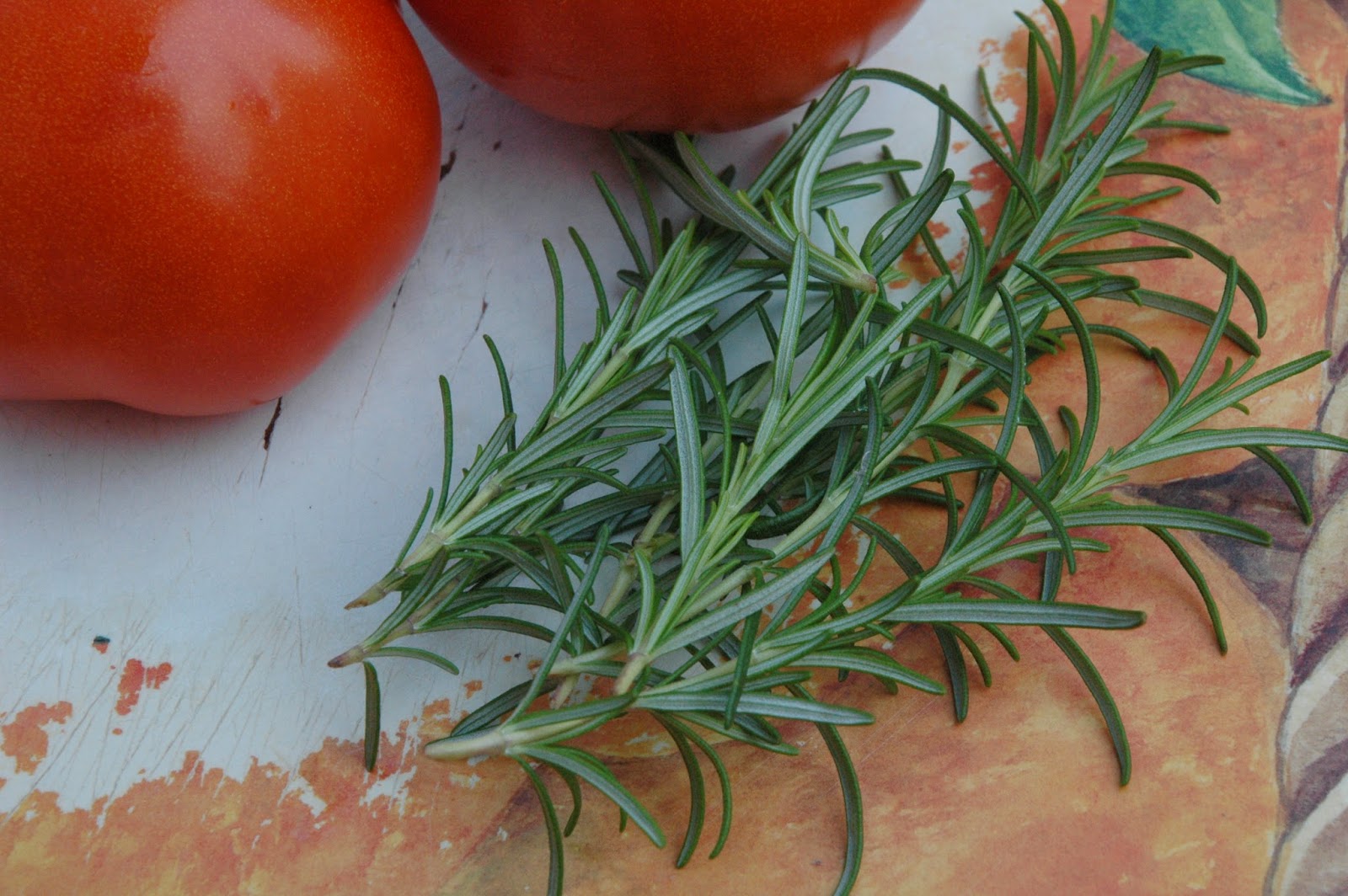 A beautiful smell hangs and wafts in the air down here in the Algarve.  Phil even commented that he wanted to bottle it and then 'splash it all over'.  He normally smells pretty good anyway, apart from when he has just taken off his wetsuit, but I concur that it would indeed be a lovely fragrance to enhance his natural 'eau de Phil'.

The smell is a combination of wild flowers, herbs, pines and eucalyptus.  The fragrance of the herbs alone make your mouth water as you start matching smells to culinary delights.  It is therefore no wonder that herbs, cultivated or wild, form such an integral part of home cooking in Portugal.

However some combinations are surprising partners; quite unlike the traditions set out by English cooking.  For instance we are told that the natural partner to potatoes is rosemary; a herb so prolific here in the wild that we have never seen it in the supermarkets.  We love the combination of potatoes, rosemary, olive oil and a little salt; whether the rosemary is freshly picked from the wild over here or we just trundled into our front garden at home.  However at Eurasia in Albufeira we love how Milla uses oregano with her potatoes instead of rosemary.  It is just as good a match, if not better for its subtlety compared to the powerful punch of rosemary.

Employ rosemary however with tomatoes and the two flavours fight it out to a surprisingly good result; either in a stew type dish or just simply again with the obligatory olive oil and a touch of salt.  Oregano also works in its own subtle culinary aromatherapy in this simple tomato salad instead of rosemary.  Either of these I often prefer to the usual staple of basil when it comes to tomato.

Another beautiful flavour combination brought to us again by Eurasia was a red cabbage and apple salad, sweetened yet sharpened with orange juice (instead of the usual stand by of vinegar) but then heightened to another flavour level by the introduction of mint and dill.  I don't think I would have dreamt up this intriguing recipe myself but it was truly lovely.

It goes to show that, like instruments in an orchestra, there are infinite compositions that can be created and sometimes ignoring the conductor and doing a spot of improvisation can be a good thing.  After all some of the best and well loved music is that which stands out for being different.

Inspired by the fragrance of Portugal and the culinary creations of Eurasia, I vow to experiment more and search out new and unusual taste combinations.  Of course not only will the kitchen then be full of interesting smells but it will also be full of music as I continue my search for different music sensations at the same time.