A Smorgasbord of Sound and Taste 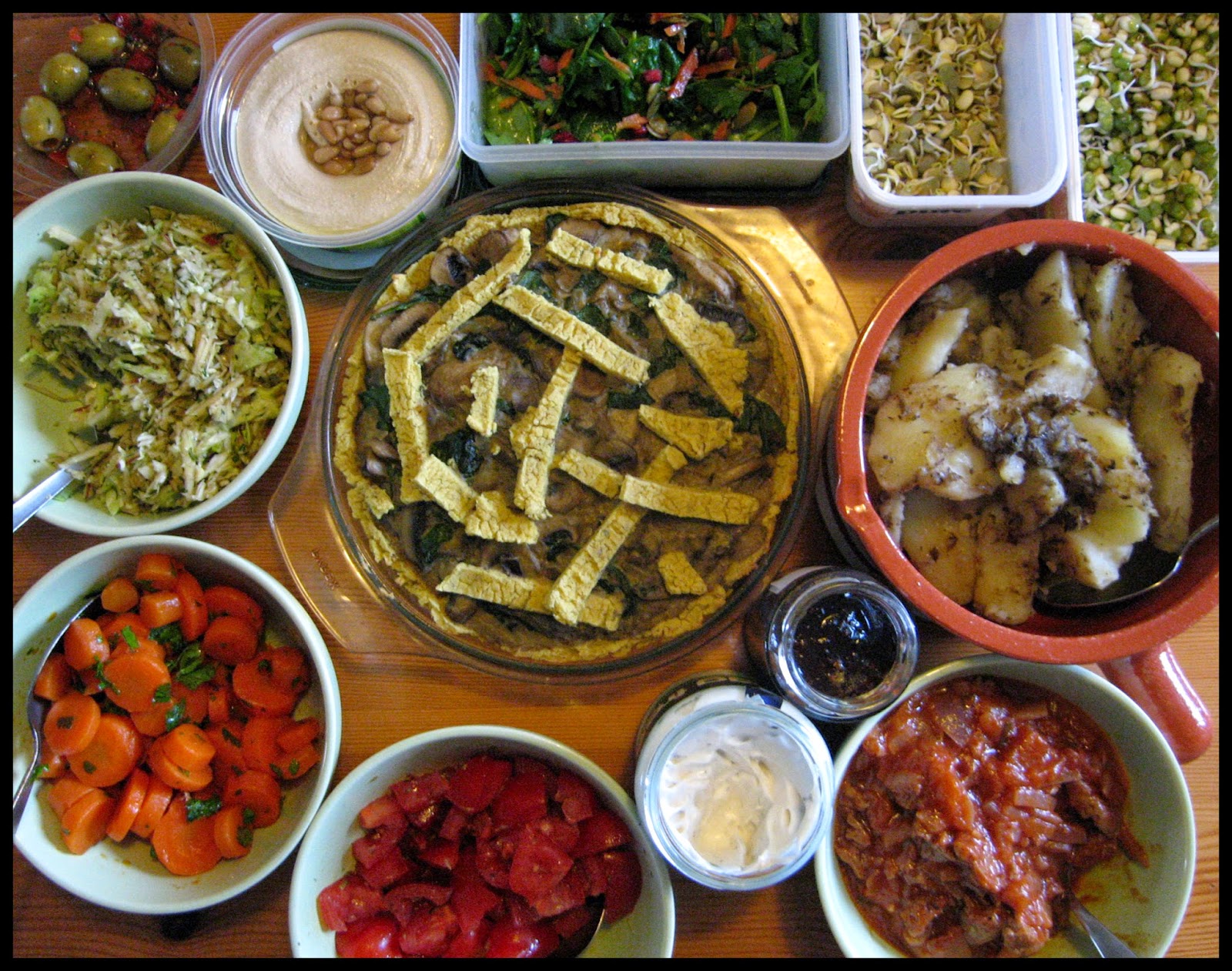 Every now and then I have a real 'session' in the kitchen, normally as a result of a rainy day.  I love buffets and being able to choose a little bit of this and a little bit of that so with some time on my hands I set about the task of creating a tasty and colourful mixture of dishes to titillate the taste buds of Phil 'Eurasia style' when he returned from surfing.

Now of course no kitchen session would be complete without the sounds to go with it.  To create a buffet I feel a certain amount of Afro beat funky jazziness is called for; something to get you grooving between the cooker and the chopping board.  Fela Kuti is good; Ebo Taylor too, but our newest discovery 'The Daktaris' got proceedings off to a funky start on this occasion.

A perfectly cheeky track, 'The Plum Blossom', from Yusef Lateef then helped with the chopping of the vegetables as its understated rhythm glided perfectly between carrots and potatoes. Then just as the more sophisticated pie making got going Yusef's equally cheeky but more grown up 'Blues For the Orient' kicked in.  The rain could thrash against the window as much as it liked.  Inside the kitchen was awash with a sunny smorgasbord of sound and taste.

So on to the dishes I was creating.  The centre piece was a Mushroom and Polenta Pie that I had been meaning to try since Christmas.  The recipe is from 'Pies and Tarts with Heart' which Phil had bought me as a present.  It is meant to include a little bit of booze but I left that out and went 'freestyle' on it but it still turned out really well.  It basically has a polenta base with a creamy mushroom filling.

Superfood salad featured again, being a particular favourite of mine at the moment.  I also had home grown lentil and mung bean sprouts, olives, homous, mayo and home made chilli jam to serve as accompaniments.  A few lovely vine tomatoes were chopped and made into a simple Greek Oregano salad (basically tomatoes, oregano, salt, pepper, olive oil and a tiny bit of balsamic).

Next was to try and recreate dishes we had enjoyed at Eurasia.  First was Oregano Potatoes.  I steamed the wedged potatoes lightly and then added them into a baking dish with olive oil, salt and oregano and baked until lightly browned.  In hindsight they could have done with a little more crisping up and I think that this dish suits a more waxy potato but they were still very tasty.

I had tried to recreate the carrot salad last year after we returned from Portugal.  It hadn't been quite right.  This year I asked more about it and the result was pretty much 'bang on'.  Lightly steamed carrot discs are simply dressed with flat leaf parsley, olive oil, a little crushed garlic and a sprinkling of paprika.  I think last year I had tried to over complicate it!

The cabbage and apple salad is also simplicity itself.  I've been wanting to make this since arriving back from Portugal as it had been a favourite flavour discovery at Eurasia this year. Ideally it has more 'punch' colour wise made with red cabbage but I couldn't find any so instead plumped for some organic sweetheart cabbage found in the reduced aisle.  This was grated along with one apple.  To this combo, chopped dill and mint were added along with freshly squeezed orange juice and a touch of olive oil to taste.

The final Eurasia recreation I was aiming for was cinnamon seitan.  Again this had been a dish that we had only encountered this year and had been intrigued by the flavour.  Initially I had thought it was made with five spice so was surprised when we were told it was cinnamon but once we knew this it seemed obvious.  It is funny how your taste buds can fool you if you don't expect a certain flavour combination to be used!  For this dish I first made up some seitan from my Seitan Fix Mix but omitted all the 'chicken' style flavourings and simply added a sprinkle of ground cinnamon instead.  I then made a simple sauce by frying up a sliced onion and a little garlic until softened and slightly browning.  I added a generous sprinkle of ground cinnamon and then finally a good dollop of tomato puree and a bit of water to get it to the desired saucy thickness. The cooked seitan was added to this sauce and allowed to cook further to absorb more of the flavours.  It is an unusual flavour combination but one that I will certainly be making again soon.

Phil came home from surfing to discover me grooving around the kitchen and the table set with the completed smorgasbord.  It wasn't long before the plates were out and filled a few times over. Despite this there was still plenty left for a delightfully varied lunchtime offering the following day.
Posted by Scooby Gill at 2:31 pm