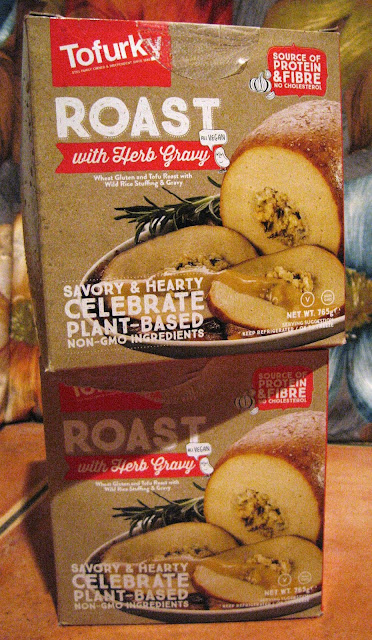 I had the yearly quandary of what to feed my family for Christmas ahead. It obviously had to be vegan and I am fortunate in the fact that both my parents are very accepting and supportive of that.  They always have been.  There aren't many parents that are totally unfazed by a vegan teenager, let alone one that would regularly ring up to say they had been arrested again or even join them 'out in the field' during the local Boxing Day fox hunting carnage and beyond. During my 28 years of vegan action they have been and always will be special in their support of what I believe in, so when they visit I always want to spoil them with lots of vegan love in return.

My mum has been veggie for years but my dad still remains a meat eater.  Obviously I wish they were both vegan and my mum has been for a short time here and there but I'm not the aggressive type when it comes to trying to convince my parents.  My dad is after all in his 80th year and my mum not far behind. All I can do is feed them gently during their time with us and my mum, bless her, always feeds us without complaint when we visit.

So back to this year's Christmas quandary.  Dad is not keen on soya and mum has said in the past that she is not keen on nuts cooked in savoury dishes (although I decided to investigate this further and found that she is not too unhappy about nut loafs). They are both not very adventurous with food choices.  I thought the fact that Quorn had finally made something vegan may have been a different approach this year but, despite searching, I could find none of the vegan Quorn choices available down here.  I wasn't too unhappy about that as the mass production of Quorn kind of puts me off a little.  My prayers were answered in a couple of ways during a visit to Country Store Health Foods in Redruth last weekend.  We had heard on the Cornish vegan grapevine that they had Tofurky Roasts in stock.  Phil and I have never had a Tofurky Roast before and better still they are not pure soya but a mixture of wheat gluten so would possibly satisfy the needs of my dad.  Luckily, they still had plenty in stock and excitement about this led me to buy two of them.

So if you are still a little undecided about what to cook for the Christmas Crazy season, then why not use it as an excuse to treat yourself to an easy option of a Tofurky roast.  I'm really looking forward to trying this roast for the first time.
Posted by Scooby Gill at 7:11 pm