The Salad Days of Autumn 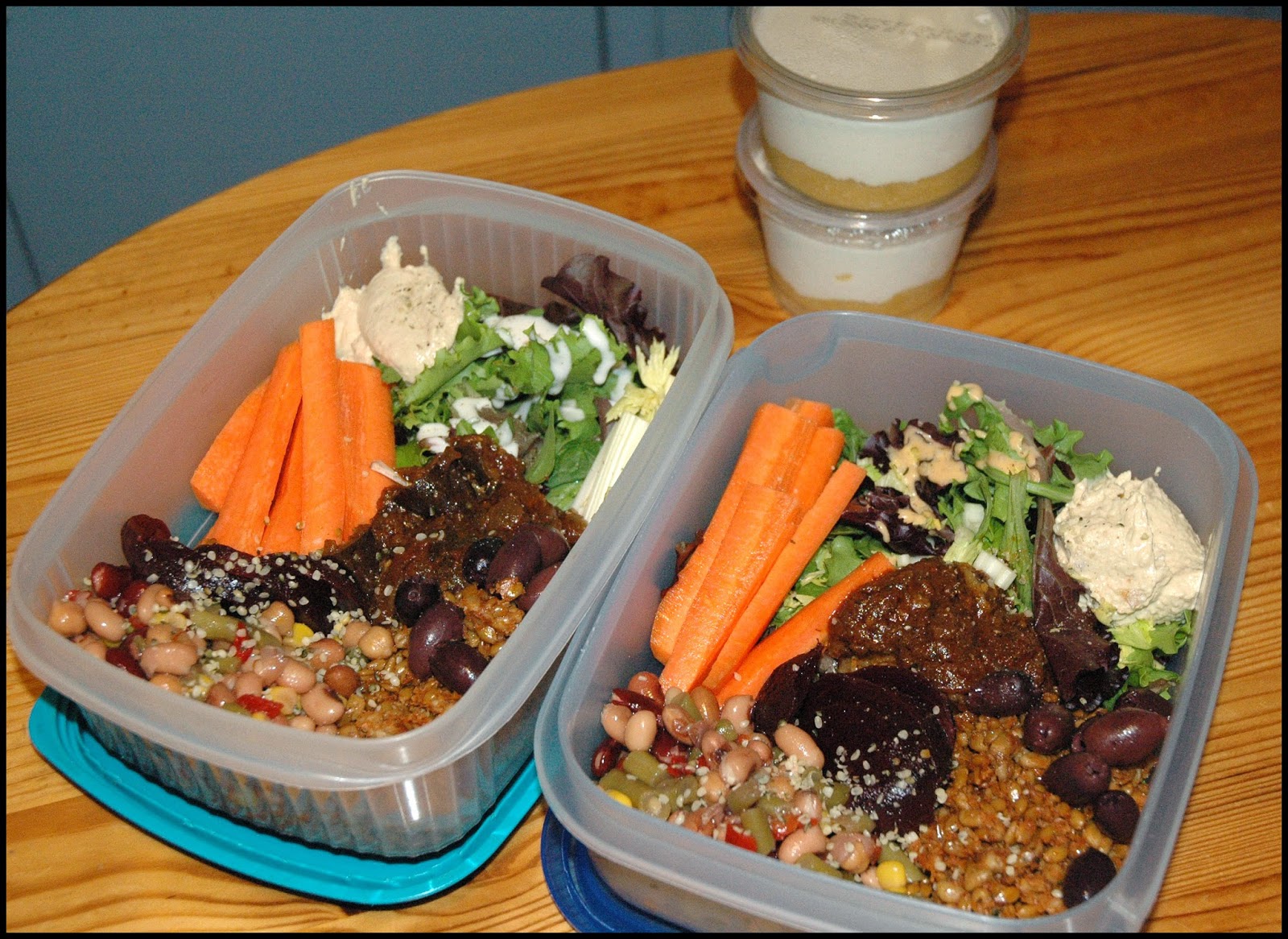 Well, that's our lunches sorted out for tomorrow then!

I got home from work as the rain and wind lashed the window from a darkened outside. With more of the same forecast for tomorrow I had the urge to make a massive, colourful, healthy salad style creation that will brighten up my lunch break and my day generally.  Phil heard of my plans and jumped on board (even though he doesn't have to go to work tomorrow!).  Two lunches it was then.

It doesn't look that attractive;  but come on how do you expect me to plate that amount of food into a lunch box and win Masterchef for the effort?  And okay, I didn't make everything from scratch but give me a break, I've been organised enough to prepare it the night before!  So we have salad leaves, raw carrot, celery and beetroot in there along with aubergine imam, a spelt and sun dried tomato mix, some beany salad, a good dollop of caramelised houmous, a sprinkling of hemp seeds and a mere dash of mayo (roasted garlic for me and chipotle for Phil).  Oh and olives; nearly forgot them.

For afters, if there is any room, there is a pot each of vanilla cashew yoghurt which has the addition of an apricot puree in the bottom and yes, this is homemade so there!  My yoghurt may end up as my breakfast rather than lunch but I think when it comes to food for the day, I might indeed have it covered!

I nearly ate it all there and then but luckily Phil had tonight's food offerings sorted; miso soup followed by vegetable satay with buckwheat noodles and spring rolls with a ginger soy dip. That more than did the trick in distracting me away from the salad and the lunch boxes made it safely in to the fridge ready for tomorrow.
Posted by Scooby Gill at 6:00 pm