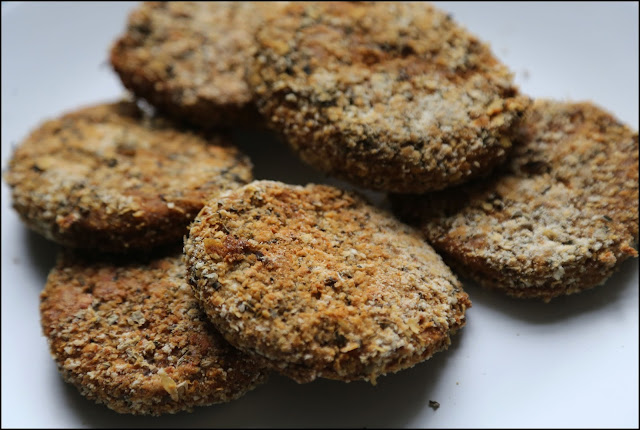 I'm not a fan of new year to be honest; although I don't think there will be many of us that don't look back at 2016 and think, 'hell what an amazing year that was and what a shame it's over'.  Some weird shit happened, both on a global and a personal level.  For that reason 2016 can bog off.  However, as hellish as it has been, seitan has been most welcome in the Driftwood Vegans household over the past year.

I'm always experimenting with seitan and 2016 has been a particularly good year for such experiments.  About a couple of months ago I accidentally created a seitan recipe that I've found hard not to make quite a few times since; each time becoming slightly different.  It was about time I shared it....well the one I have currently settled on that is!

It all started with a lack of gram (chick pea) flour.  I found a recipe that called for a mix of gram flour and vital wheat gluten. I've used this combination before and it has turned out pretty good but on this occasion we didn't have any gram flour in the stock cupboard.  I did however have a whole load of coconut flour that had been kicking around for a while, along with a half bag of soya flour that I think I had used once for a long lost recipe and never since. With this adaptation came quite a few more, and very soon, and over a few different occasions, the recipe had pretty much changed completely with what we had in the cupboard.  I also added a crumb coating.  So here I offer you my crispy crumb coated seitan burgers which I positively encourage you to try, fiddle with, adapt and have fun with yourself!

Crispy Crumb Coated Seitan Burgers
Makes about 12 small burgers or any shape/size you like!

Don't let the slightly big list of ingredients put you off.  It's pretty quick to put together and most of the time is spent with it cooking itself!

Mix all the wet ingredients in the next section in a jug until well incorporated.

Mix the above wet with the above dry.  Get your hands in there and give it a knead.  It should be well incorporated and all in a big lovely doughy lump now.

Let the above rest for a bit whilst you heat the water, bouillon and tamari in a pan. Make sure this pan is big enough to fit all the gluten with a bit of expansion too.

Roll out and mold the seitan dough into whatever shape you desire.  I cut out 12 small burger shapes with a cookie cutter.

Drop the burgers/whatever shape you chose into the now simmering pan of stock and let gently simmer away for 1 hour.  Be gentle and don't boil the hell out of it otherwise it will all break up.

Remove the seitan from the pan and allow to drain.  Keep the stock for another use (we have used it tonight to make a sausage casserole).

The seitan is now ready to cook in whatever form you would like.

From here I mixed the last section of dry ingredients together and coated the burgers in it before then baking in the oven at 200 degrees C for 1 hour (turning once half way through).

You could freeze the seitan either after the boiling or the oven baking.

So here's to the New Year and may it be more gentle, less traumatic but just as seitanic!