Views from Our Window Part 5 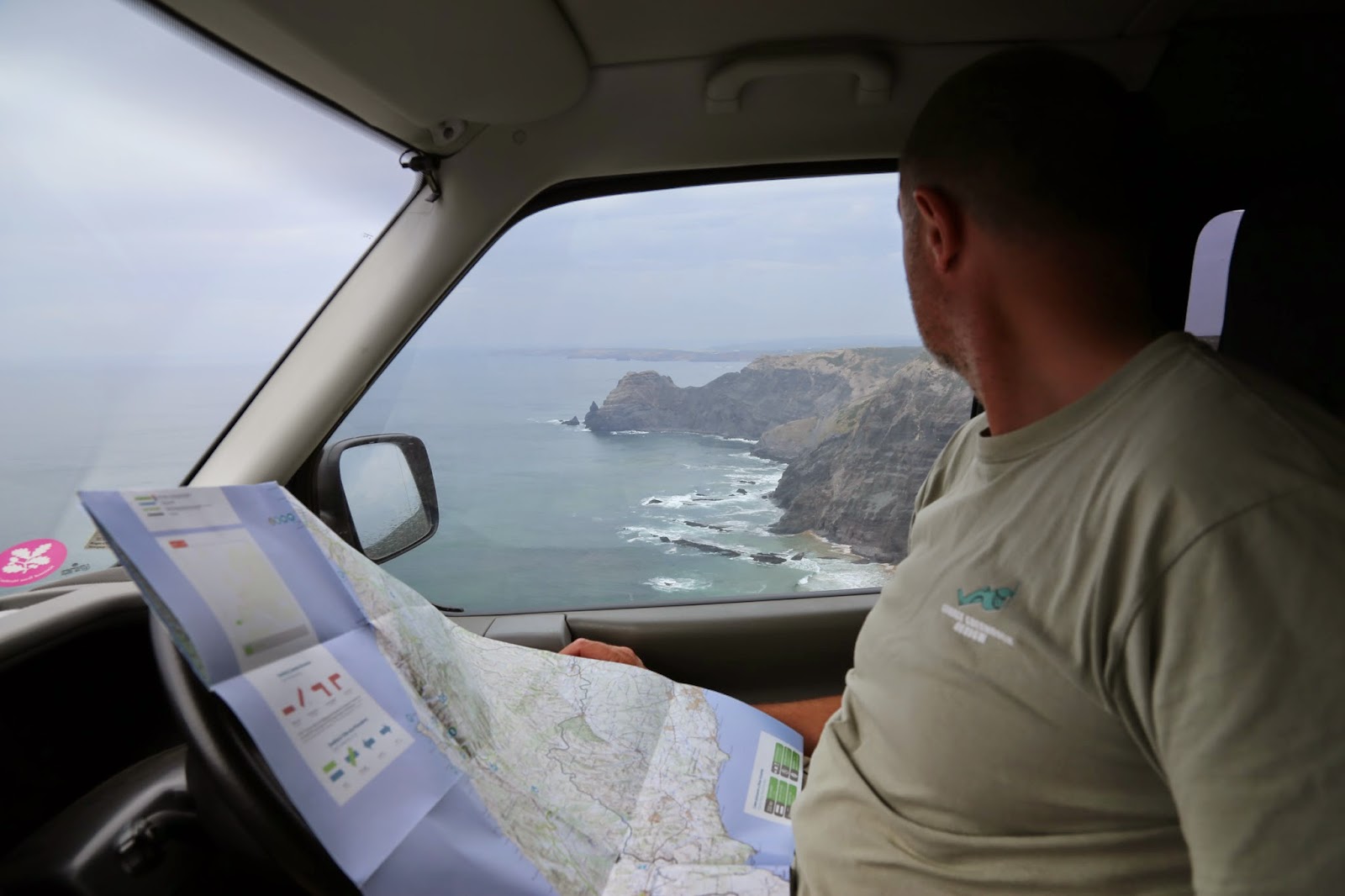 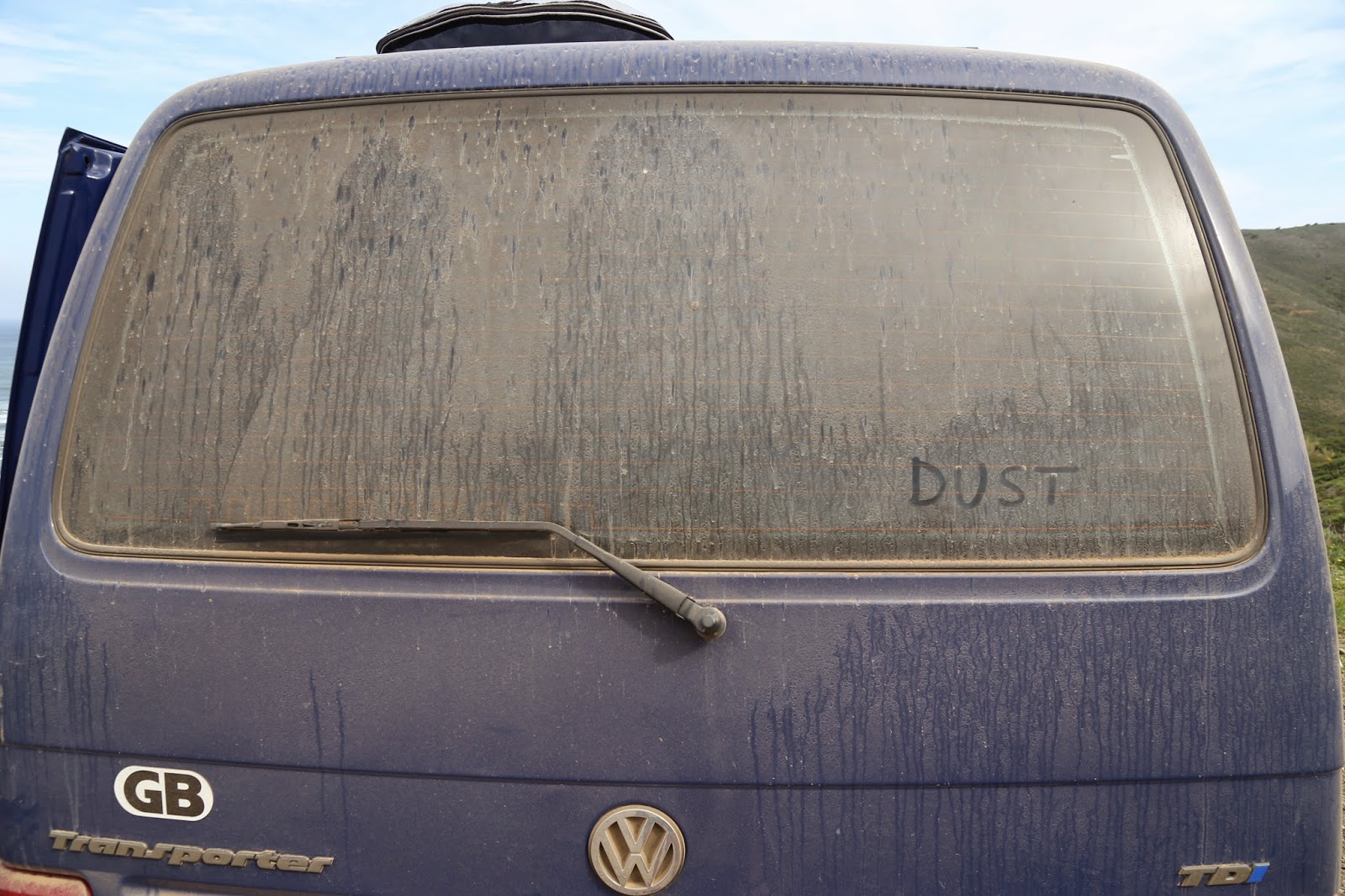 As our trip around Southern Portugal continues we search the many 'off the beaten track' places only found by being brave enough to turn off the surfaced roads and literally take to the 'beaten up tracks'. We hope Miles the camper forgives us for his resulting dusty appearance.

The way isn't always obvious, even with a relatively detailed map, but then isn't that the challenge and the beauty of life sometimes? You can find yourself somewhere new and beautiful in time or space just by taking a completely different direction.  That is at least what I told Phil when I 'directed' him to a completely different beach to the one he was expecting.  Now, I am actually not bad at map reading but when it comes to deciphering the difference between Portuguese place names that both begin with 'M' and both have lots of 'R's and 'C's in them that are only 1" apart on this particular map and had been pointed to very quickly by Phil before he took off driving; well you get the picture.  Let's just say Phil was not amused, particularly after this 'wrong' track was especially bumpy and long and the resulting beach was down an inaccessibly high cliff and there was no surf in sight .   We got there in the end though and in the meantime, got to see somewhere different......didn't we Phil?  In retrospect, and having found the correct beach, Phil does now agree. 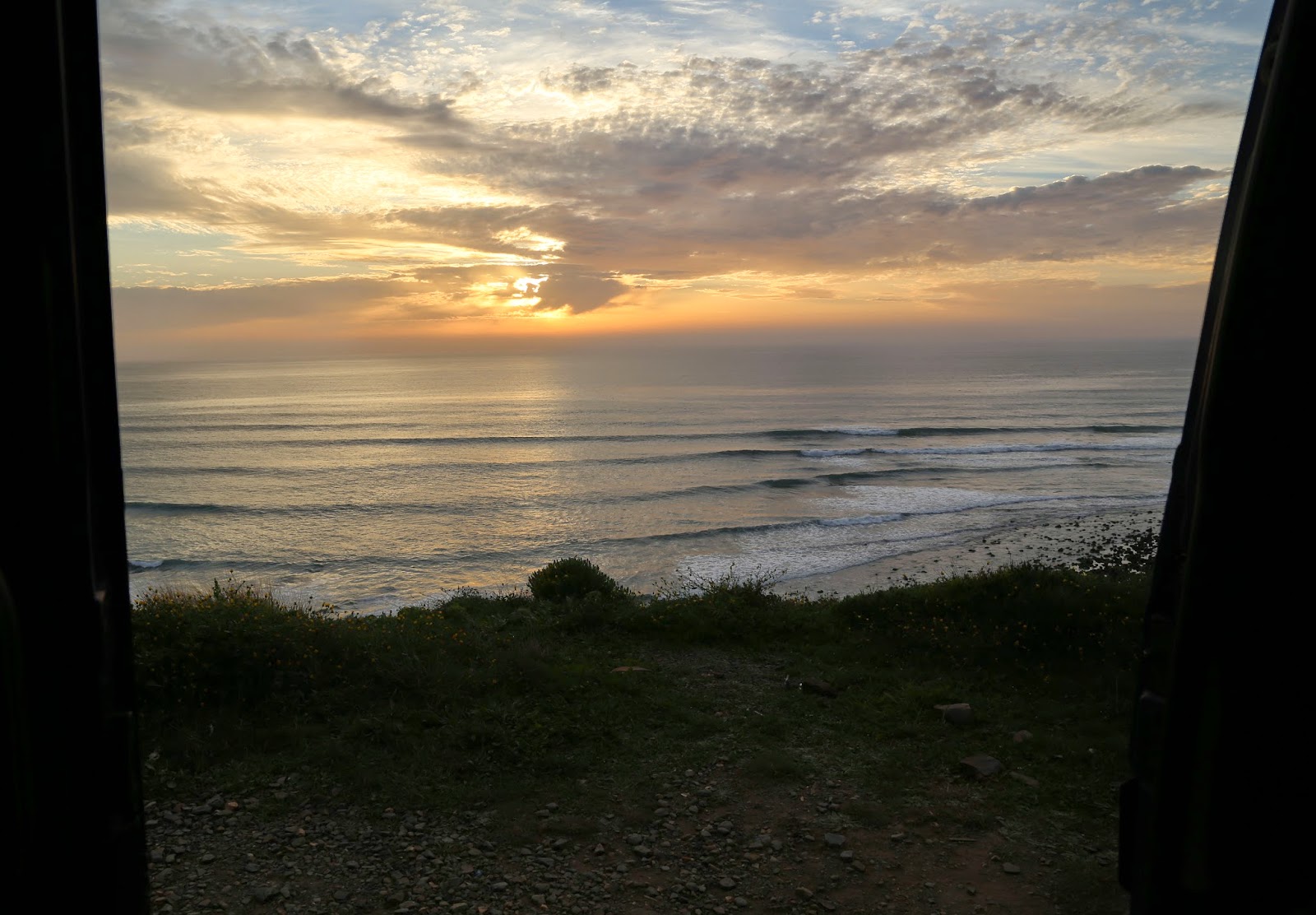 Some tracks were well worth the bumpy dusting and this one in particular was probably our favourite, resulting in a few nights stay.  The surf, the sunsets, the clear air, the view and the quietness; it all made the food and wine taste better and the sleep deep and contented.
Posted by Scooby Gill at 6:27 pm