Seitan of the Sea

Those that have read our blog before will know that I have experimented with making my own seitan for some time now.  Most of the recipes you find veer towards the sausage type flavours but this time I wanted to try something completely different.  Inspired by the recent debate about seaweed on the Cornwall Vegans Facebook group I decided to experiment with making a fish substitute seitan.  I also wanted to be brave and, without looking for recipes in any books or on-line, just 'make it up as I went along'.  What could possibly go wrong?!  Well it turns out, to my delight, not much.  Phil has already demanded I make it again very soon.  Luckily, for once, I had actually written down how I had made it so here it is not only to share, but also as a reference for me when I make it again!

* A note about the seaweed I used - We actually had a 70g tin of pre-prepared wakame we had picked up on our travels in Spain so that is what I used.  If you start with 70g of wakame and then soak it yourself you will have a massive amount which will be far in excess of what you need.  You may only need to soak 10g of seaweed to get the desired amount but I would say just use your common sense and add in enough to your taste.  To be honest, next time I think I would go with more seaweed but it definitely had a lovely taste as it was. You don't have to use wakame either; which is kind of a medium tasting seaweed.  You could go with any type you fancy.

Basically what I am saying is experiment! 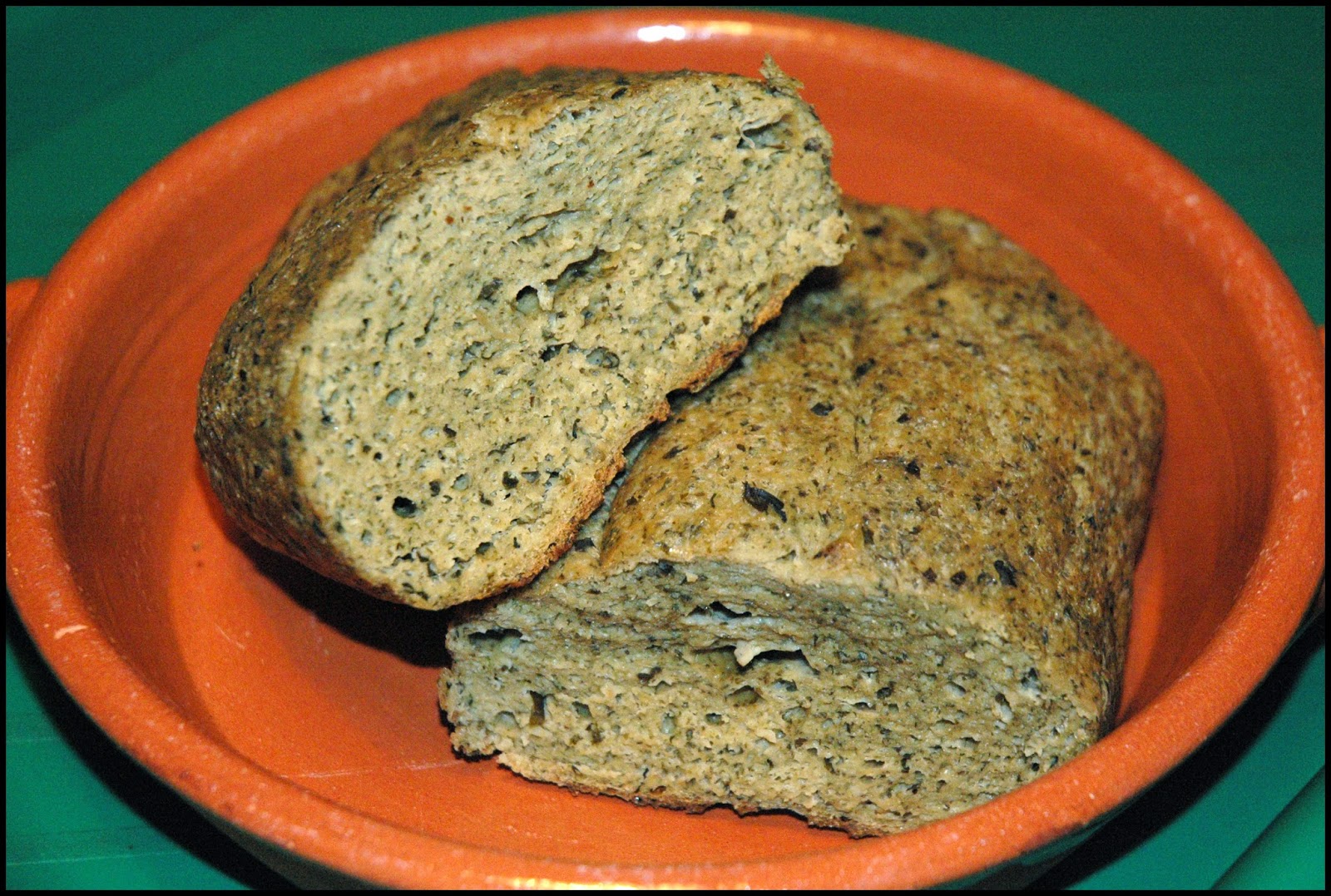 Scooby's Seitan of the Sea

In a large bowl mix together the wheat gluten, soya flour, nutritional yeast flakes and dill.

Blend together the tofu, seaweed, oil and soya sauce.

Mix the wet stuff into the dry stuff and give it a good kneading for about 5 minutes until it gets a little 'stringy'.

I then formed this into a flattish sausage shape and wrapped it in greased foil before popping in the oven at about 200 degrees C and baking for 45 minutes to 1 hour (check part way through to see how it looks - if it is browning on the outside it should be good to rock and roll).  I think I might experiment with steaming this too in foil at some point.

Serve immediately as is or allow to cool before storing in the fridge (you could probably freeze it too).  We had some a few days later grilled and it was lush.