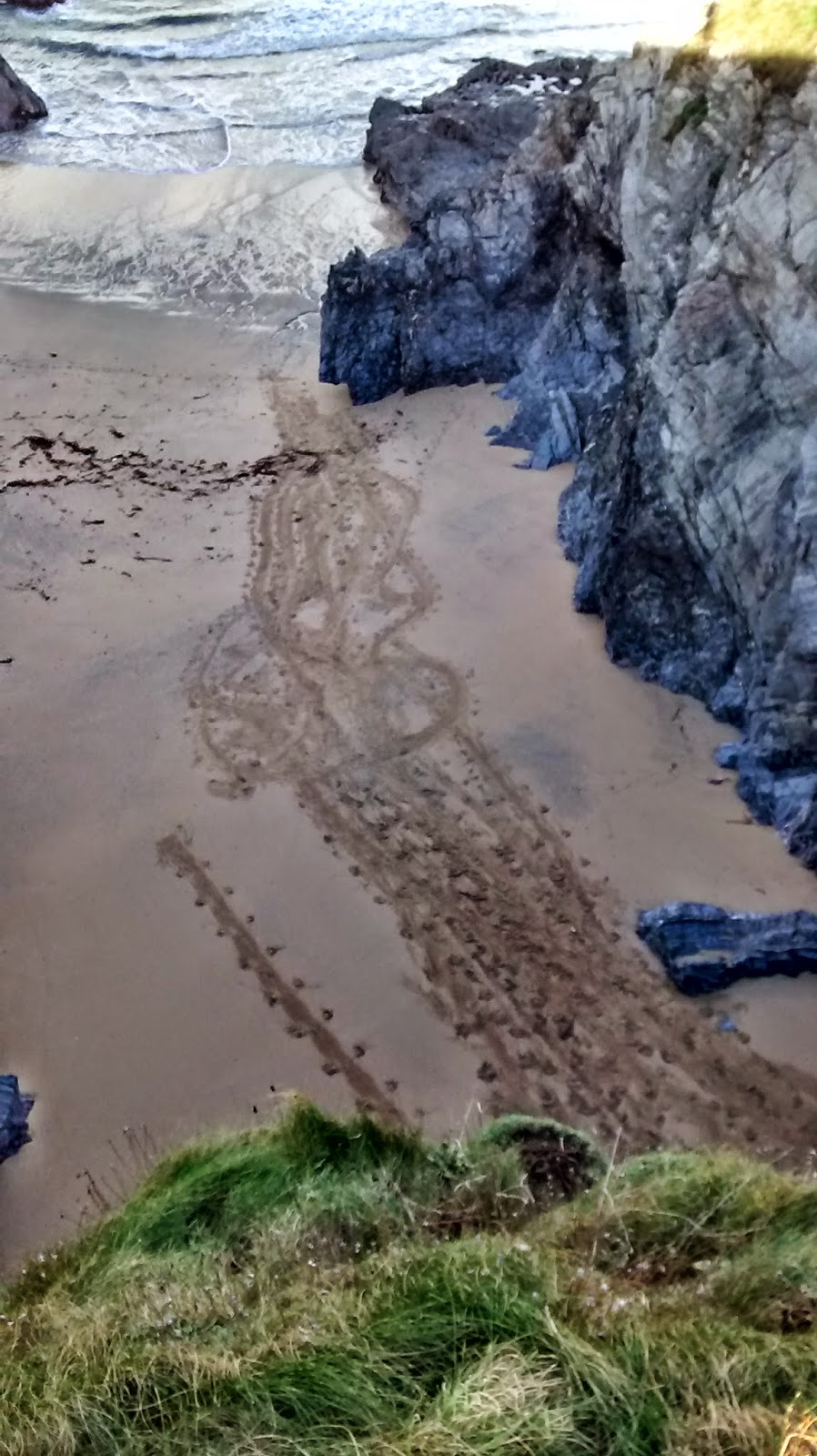 I can't think of a better way of getting away from the hype of Christmas than taking off along the coast path near to where we live.  So that's what we did; a six mile round trip door to door.  We were accompanied by rainbows in the distance and out to sea and, although a stiff coastal breeze was blowing, a spot of sunshine warmed our spirits extensively.

We were hoping to see seals, particularly so as it was a very low tide.  We did see a few bobbing around and frolicking in the surf but the rocks around the usual colony were unusually quiet.  We did however spot these tracks in the sand on the little beach where we had previously seen mating seals; but with no sign of the seals that made them.  It looked like there had been a fair amount of to-ing and fro-ing though.

We turned for home around about 3pm with thoughts of opening presents, getting the Christmas dinner going (I still had to make the seitan roast yet!) and the fire roaring in the hearth.

After a beautiful spot of sunshine and fresh sea air, it was time to 'cozy in' with some warmth and good food.