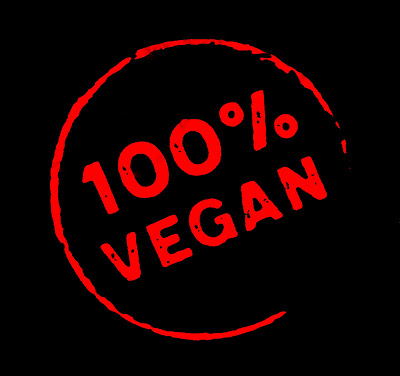 Recently I wrote a blogpost about a local vegetarian cafe.  It is completely vegetarian but with a large selection of vegan dishes.  Somebody commented in response to my post indicating that it was a shame it wasn’t fully vegan.  I of course agree but my response back was that if such establishments get supported by more and more vegans perhaps this would eventually lead to a full vegan establishment.  It really made me think more about the progression of veganism in terms of its infiltration into the mainstream and whether our impatience to move towards veganism at breakneck speed might actually be slowing down the progress.   I haven’t totally made my mind up about this but writing this post is a way of exploring this thought.

I’m going to start on a basic level.  Over 30 years ago when I first became vegan I was full of it and full on.  Nobody really wanted to know and, like all vegans of the time, I was seen as a weirdo.  Admittedly that was also the sign of the times and a lot has changed since then, including the mellowing of age.  I don’t shout about being vegan now, well apart from writing a vegan blog that is!  Interestingly though, now when people in my everyday life find out I’m vegan I get mostly interested questions.  In addition people now seek my advice.  Again, this could be the sign of the times but it does seem as if the less I’ve shouted about it and led by example, the more interest it creates.  Phil has had the same experience.  Don’t get me wrong though, it is hard to be ‘gentle’ in my approach in the face of sentient abuse and if anyone ‘attacks’ they get the full vegan barrel from me.  Generally however, gently does it.

Moving on, put a vegan cafe or restaurant in my path and I’ll be there, and there are more and more appearing in my pathway these days.  I will not dispute the fact that they are always the first I support.  However, life as a vegan can still be slightly restrictive in high street eateries, and I would suggest it is short sighted to purely support vegan establishments. If a cafe or restaurant is making efforts to provide vegan options and particularly so a whole vegan menu, to not explore and create a market for their efforts would be a step backwards surely?  The more the market is recognised, the more it will be catered for and form a bigger portion of what they provide.  You could argue it is driven by finance; everybody wants their share of the vegan dollar these days.  It’s better to make their money in a vegan way though surely?

Another way at looking at it is that by providing these options it gives more chance for people to explore vegan food, paving the way perhaps towards a gentle transition.  A study by the London School of Economics a while back found that eating establishments that listed non-meat dishes in a separate section reduced the chances of those dishes being chosen by 65%, and this was with survey participants who often ate vegetarian meals.  Basically it seems that, listed beside meat dishes, vegan dishes may stand more chance of being ordered by non-vegans.  I obviously prefer to choose from a separate vegan menu but have personally heard on several occasions people discussing and considering vegan dishes on menus that listed all the choices together.  On all occasions it was clear they were not vegan.  Very rarely I imagine would non-vegans ask for the separate vegan menu.

A similar dilemma for vegans occurs in supermarkets.  Fairly recently some supermarkets have provided separate vegan sections within their aisles.  It’s been a welcome change, especially as it means you don’t have to deal with searching through the meat sections.  It’s actually lovely to see a crowd around the vegan section, especially when you overhear discussions clearly from new vegans and can potentially offer advice.  So separating vegan options in supermarkets is a success and definitely makes it easier for new and old vegans alike, but what again of the potential for non-vegans to choose vegan options on impulse from within the meat and dairy aisles?  Every vegan option chosen over cruelty is a definite success after all.  I have noted there has been some integration again in some supermarkets in addition to the separate section which is the best of both worlds really.

I think I’ve come to a conclusion that the pathway to veganism is a multi-directional approach.  The pathway is definitely being solidly laid down by vegan activists, vegan cafes and restaurants, producers and retailers; and very much giving us existing vegans an easy and much appreciated stroll along it.  Signposts are being put up along the path by those who provide separate vegan menus and sections in shops.  Some people however don’t know where the pathway begins or even that it exists unless they stumble across it in their everyday lives.  That’s when being equally inclusive with menus, supermarket shelves and your own gentle guidance can make some difference.  We all know where we want the pathway to lead but helping people on to and along it is the most important thing we can do in order for us all to reach that destination.
Posted by Scooby Gill at 7:55 pm