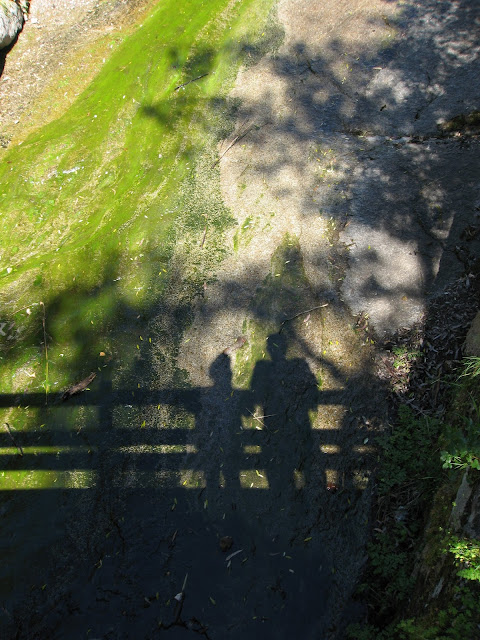 Now I'm not the soppy type and to demonstrate this fact, I have purposely left writing this post until a sufficiently appropriate time past Valentines Day.  I hate the darn thing; the money making falsity that it is.  That said, after being with Phil for over 16 years, I still love him as much, actually more, than when we first met.  Okay, maybe I am a little bit soppy. There are many things that make us special to each other but one of the most important, and indeed the reason we met, is that we are both vegan.  It really means that much to us.

Mahatma Gandhi once said that 'Where there is love, there is life'.  This has an all embracing perspective but I like to think that it is also a lovely description of vegan life and love. Veganism is such a deep rooted love of life that it was impossible for both of us to consider being with anyone that didn't think on that level.  Hence we went searching and found each other via the Vegan Society magazine all those years ago.

Recently we had the wonderful experience of bringing two lovely friends, both vegan in the last 3 years or so, together. They had never met before and initially our invitation to dinner was just that; to have some vegan friends around and enjoy each others gentle company.  I know neither of my friends believe me when I say that was my original intention but what the heck because yes, I admit, I then quite quickly started wondering how they might get on together, especially as they are both single.  I am happy to report that they both enjoyed each others company and a proper date followed shortly after.

It was this experience that reminded me again of how important veganism is to Phil and I, and indeed to many vegans. You know that 'look' that couples give each other that says so much without talking?  That's what being in a vegan relationship is like.  It's a connection, an understanding and a love that, because it extends to all sentient creatures, seems deeper, richer and more real.  Now I'm starting to sound like a soppy hippy but I know there will be other vegan couples out there that understand totally where I am coming from.  I also understand that we were lucky to find each other.  It makes everyday life so much easier too; not having to compromise about food, shopping, cooking, restaurant choices, entertainment, etc, etc!

A while back in the Vegan Life magazine there was an article about vegan dating.  It was an interesting and honest piece but it is one that actually made me feel like one of those 'militant' vegans described!  The vegan author is quite happy to date vegetarians, vegans or omnivores; but that wouldn't work for us.  Before I met Phil I had dated guys who weren't vegan or even vegetarian, but it never worked out.  Sure some of them went vegan whilst we were together, which was certainly a very positive thing.  Back in the anarchistic, blunt, and raw days of 80's hunt sabbing (where I cut my 'vegan teeth') this was referred to as 'horizontal conversion'!  However, those guys I dated didn't stay vegan after we split up. Maybe they weren't the right guys for me anyway, or maybe there really was something else missing; that vegan connection?  And of course, in fairness, there were vegans back then I didn't connect with.

For us, the idea of kissing someone who has just consumed an animal is tantamount to kissing someone that has just puked.  It is basically disgusting.  If that labels us as militant, so be it.  I see our preference as gentle rather than militant.

I respect everyone's choices of partner but from my personal perspective, I'm going to stick with my gentle-man.
Posted by Scooby Gill at 6:33 pm